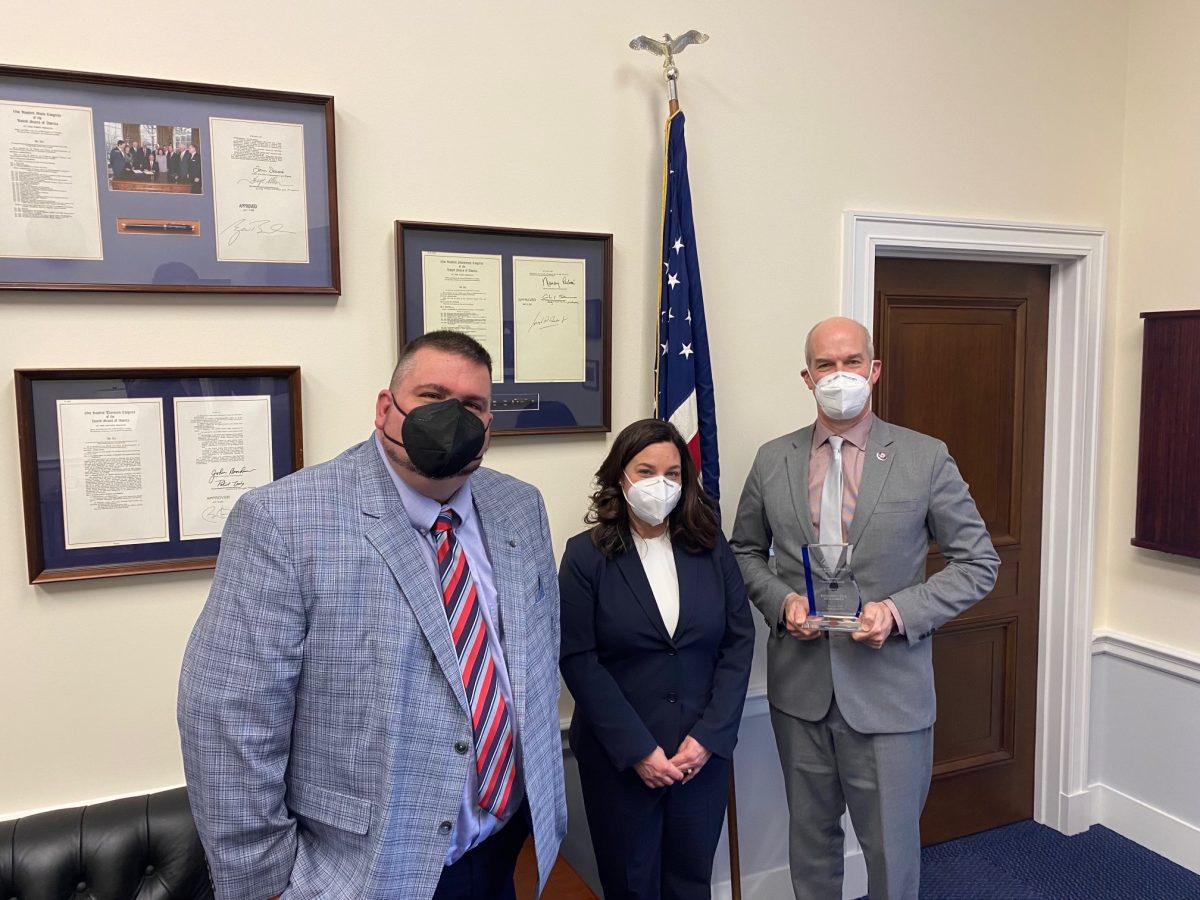 (April 19, 2022, Mount Vernon, WA) – Congressman Rick Larsen, representing the Washington 2nd District, was recently honored as the 2022 Champion of Youth by Boys & Girls Clubs of America (BGCA). Representative Larsen is himself an alum of the Arlington Boys & Girls Club, where he has fond memories of programs and playing basketball growing up. Ron McHenry, CEO of Boys & Girls Clubs of Skagit County, and counterpart Heather Powell from Whatcom County presented the congressman with the award during BGCA’s National Days of Advocacy, in March, in Washington, DC.

A long-time advocate for youth who need support in their communities most, Congressman Larsen has visited Club locations in Allen, Anacortes, Burlington, and Sedro-Woolley, engaging Club members, and ensuring he has a pulse of the challenges they face growing up in today’s world.

Representative Larsen was nominated by Boys & Girls Clubs of Skagit County, and selected for the award based on his support of programs and policies that promote the health and prosperity of today’s youth. As a lead sponsor of the Summer Meals Act, he has been an absolute force in advocacy surrounding food insecurity and nutrition. Throughout the COVID-19 pandemic, the congressman has been a shoulder to lean on, vocally backing the Washington State Boys & Girls Club organization’s out-of-school-time care programs and access to emergency childcare funding.

“Having the opportunity to present the congressman with the Champion of Youth Award meant a lot to us because of all he has done to advance the mission of Boys & Girls Clubs and our impact on kids and teens,” said Ron McHenry. “When we arrived for our meeting at his office, I was especially heartened to see a piece of art made by one of our Skagit kids we had taken as a thank you a few years ago had been beautifully framed and featured prominently for guests to enjoy. He ‘gets’ Clubs, and has been a champion for many years.”